Institute for Democratic Education in America

In 2008, I presented at the International Democratic Education Conference, or IDEC, in Vancouver, British Columbia. Facilitating several sessions on the possibilities of democratic education within public school systems, I shared my work on Meaningful Student Involvement and my findings from my work in Washington state’s education community. 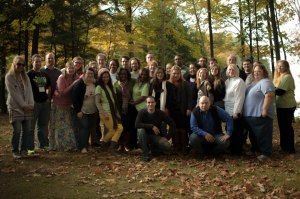 I was invited to join a conversation about founding a new organization that would take that idea further. Sitting in a room at the University of British Columbia, an idea was borne. A few years later, I joined many of the same folks at a retreat in rural Colorado, examining our beliefs about education and growing the potential for an organization. Less than a year later, the Institute for Democratic Education in America, or IDEA, was formally launched. Since then I’ve been a founding advisor with the privilege of sharing my thoughts with IDEA’s leaders occasionally.

In fall 2012, I was invited to increase my involvement by becoming a sort of consultant to the organization. As a “weaver”, my role is to increase interplay between the IDEA education organizing team and support the success of senior fellows in the organization. Today, I discern best practices and facilitate cross-interest learning in a variety of ways. Its an interesting experiment growing a national organization, and IDEA is on its way!